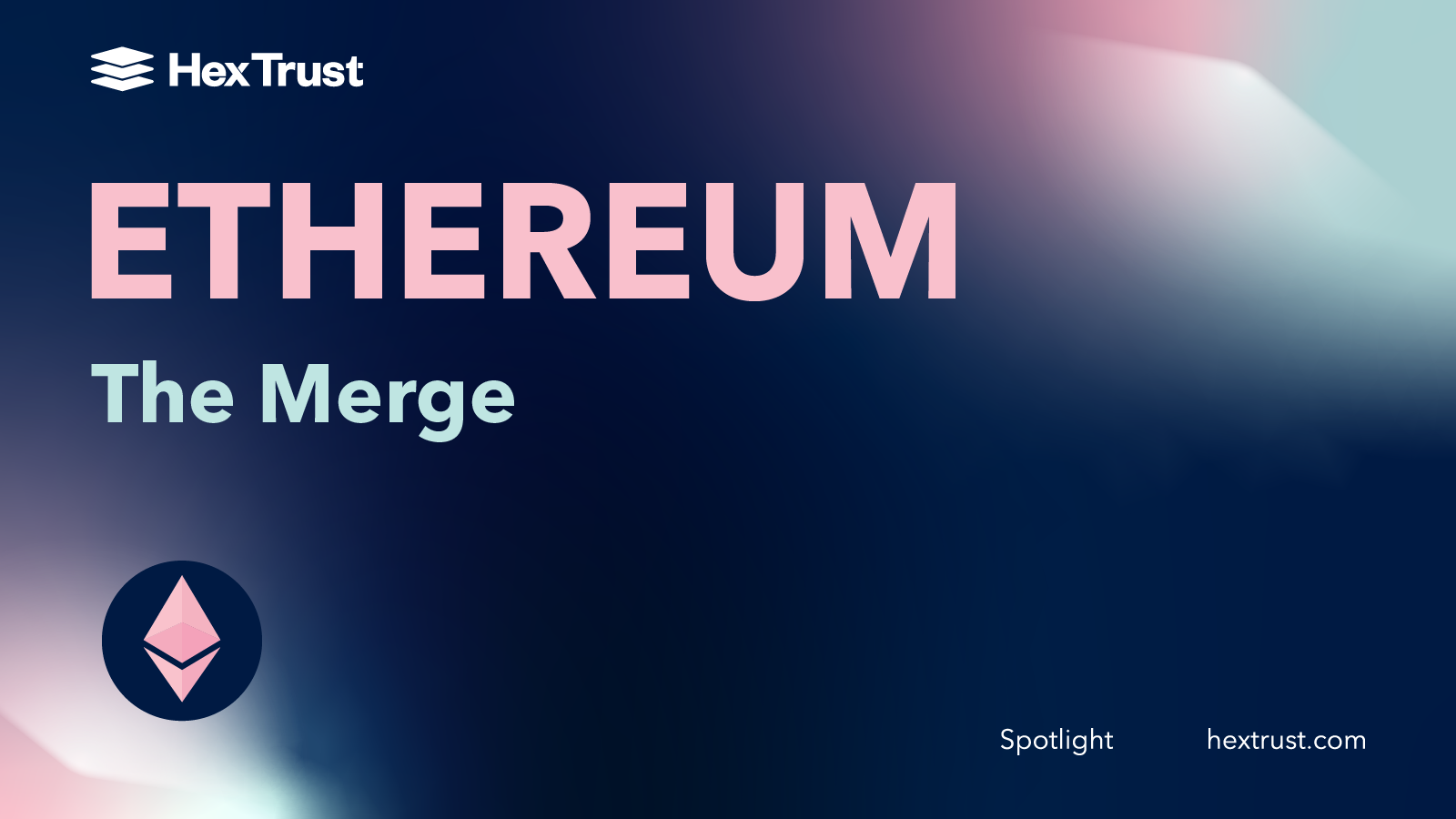 Since its launch in 2015, the Ethereum blockchain has made a name for itself in the ecosystem, currently standing as the most widely used technology for building decentralized applications. What differentiates Ethereum from Bitcoin, the industry’s leading protocol, is its programmability. Ethereum merely acts as the foundational infrastructure providing decentralized applications the ability to store data and fully control the functionalities of their applications.

To date, there are 2970 projects on the network, which is by far the highest among all blockchains. This is more than eight times the number that other top blockchains such as Binance Smart Chain, Tron and Klaytn host. Ethereum currently supports decentralized applications across a wide range of use cases such as financial services, gaming, fashion, art, real estate and more. There are clear signs that blockchain-based applications are heading towards widespread adoption, as both retail and institutional participation is on the rise despite the ongoing bear market.

In its original design as a Proof-of-Work (PoW) network, the Ethereum blockchain requires mining in order to validate transactions and add new blocks to the chain. The process is notorious for the high levels of energy it consumes while offering relatively low transaction speeds. To put this in context, the Ethereum network supports around 400,000 validators on the network, 200 million unique addresses and 1 million transactions per day. With its current PoW framework, Ethereum has been inefficient and slow at processing such huge numbers. For the network to scale and expand its mainstream adoption, it had to address the fundamental issues.

What is The Merge?

So how can Ethereum better itself in providing for its users? The Merge – deemed as the biggest and most important crypto event of the year – is one of those attempts.

In a nutshell, the Merge is a process which will join the existing Ethereum Mainnet (its execution layer) with the Beacon Chain. Following the Merge, the Beacon Chain will become both the consensus and execution layer which validates transactions and balances on the overall Ethereum network. Countless software engineers have been hard at work preparing for this full transition from PoW to PoS for the past two years. With Ethereum playing such a profound role in the DeFi ecosystem, it’s clear why the Merge is considered the most significant happening in the entire blockchain ecosystem globally.

What happens after The Merge?

The Merge will eliminate the need for mining when validating new blocks, which has been standing in the way of blockchain mainstream adoption for many years. This is because the investment required to run mining operations is relatively high due to the costs of hardware, electricity consumption, facility rentals, and more.

Moving to PoS will invite more cryptocurrency holders to become validators on the Ethereum network simply through staking ETH. Not only will this lower the barrier of entry for participating in network security, it will further decentralize the networks to a much larger degree. The transition to PoS is also expected to reduce Ethereum’s energy consumption by over 99%.

Furthermore, the net issuance of ETH will be reduced by 90% and ETH stakers will start receiving 6-10% APR for supporting the network’s security. Currently, new ETH is issued from two sources: the execution PoW layer and the consensus PoS layer. Following the Merge, new ETH issuance will only be sourced from the PoS layer, which will bring the annual inflation rate from 4.6% to around 0.5%, according to Henri Arslanian.

Contrary to what many may have wished for, Ethereum’s transaction fees will not be reduced, and transaction speed will not increase drastically. This is because the Merge is focused on shifting the network’s consensus mechanism rather than expanding its capacity. The Ethereum team addressed a few more misconceptions here.

It’s also helpful to know how the Merge will impact user staking. All ETH, staked ETH and  rewards issued after the Merge will remain locked and illiquid for approximately 6-12 months. Users will have to wait until the Shanghai upgrade, the next major upgrade planned following the Merge.

Such implications aren’t just for retail investors – institutions are showing increasing interest and participation in the DeFi ecosystem, indicating they’re here to stay. And at the core of the DeFi ecosystem lies Ethereum, providing the base layer for countless decentralized applications. As a result, those looking to gain exposure to DeFi will require engagement with Ethereum, and major changes to such foundational infrastructure will inevitably have implications for all.

It shouldn’t be overlooked that PoS is considered ESG-friendly, which means financial institutions with ESG mandates are able to consider Ethereum as part of their digital assets portfolio. Combined with the secure access enabled by infrastructure providers such as Hex Trust, the barriers to widespread institutional adoption of digital assets are being lowered every day. 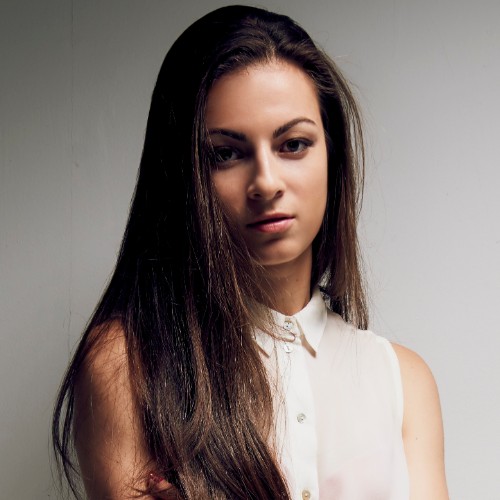 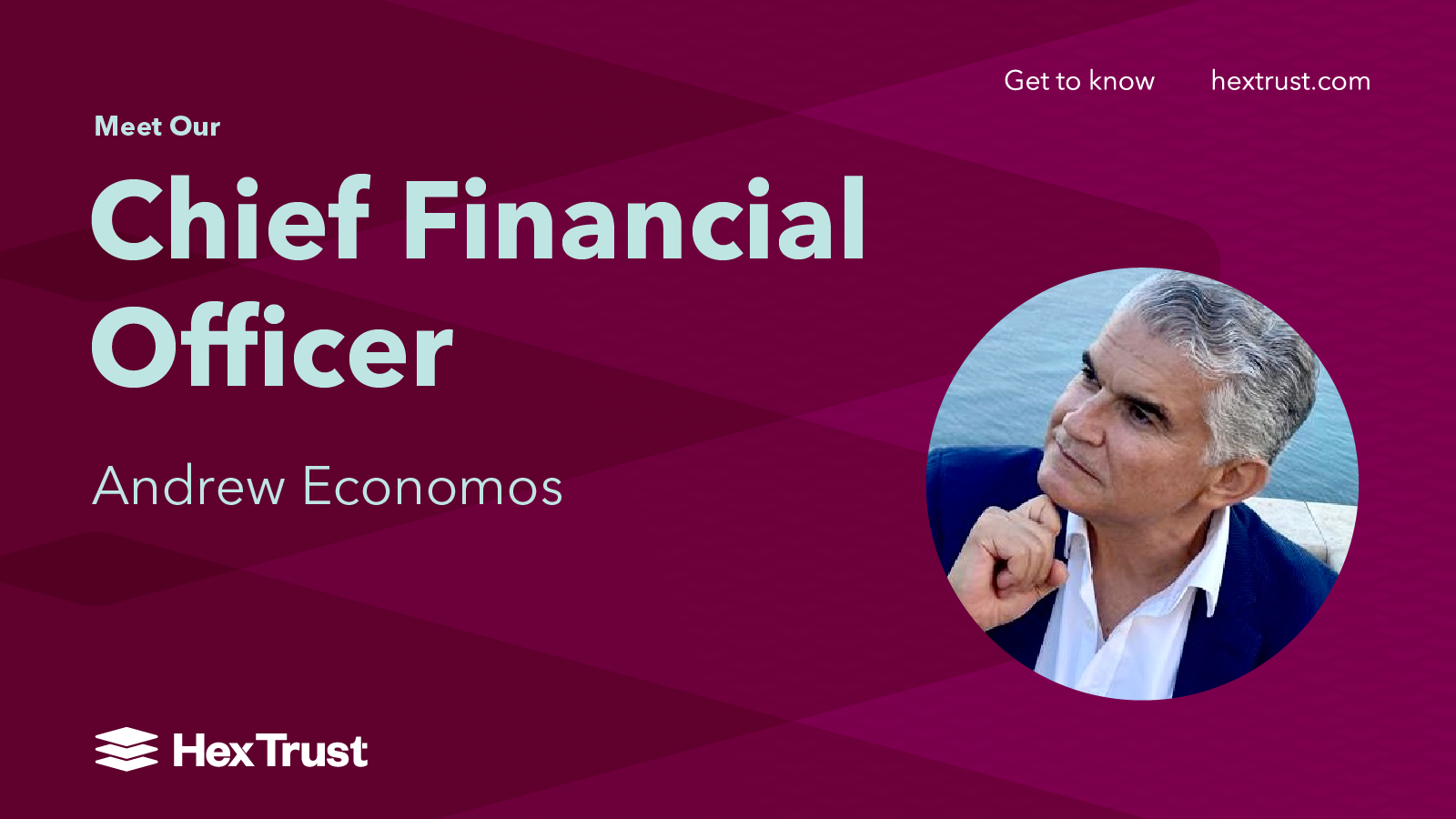 Get to Know Our Chief Financial Officer: Andrew Economos
It’s a pleasure to introduce Andrew to the Hex Trust community. Here’s a recent Q&A interview to get to know him.
Read More ⟩ 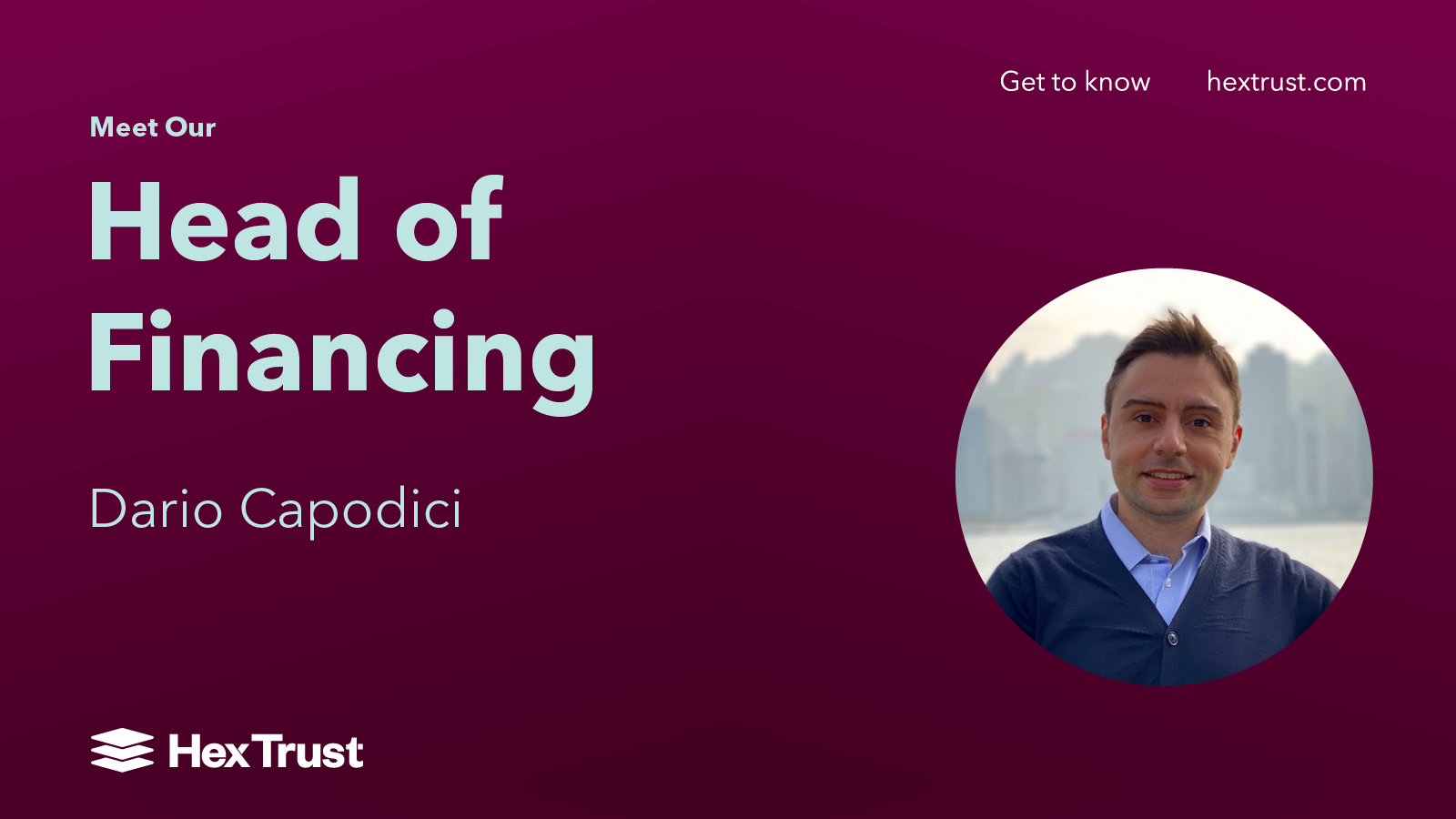 Get to Know Our Head of Financing: Dario Capodici
It’s a pleasure to introduce Dario to the Hex Trust community. Here’s a recent Q&A interview to get to know him.
Read More ⟩ 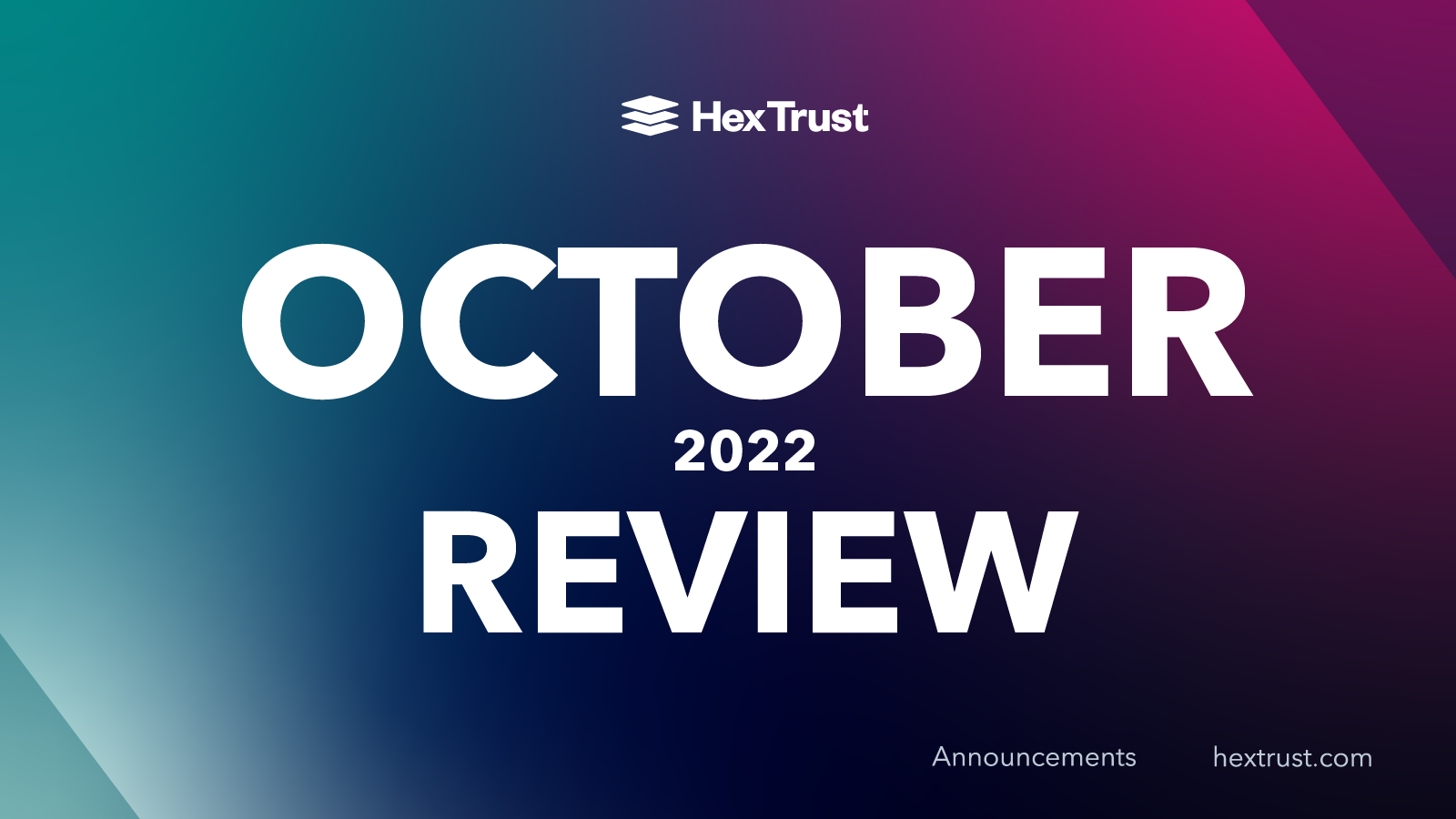