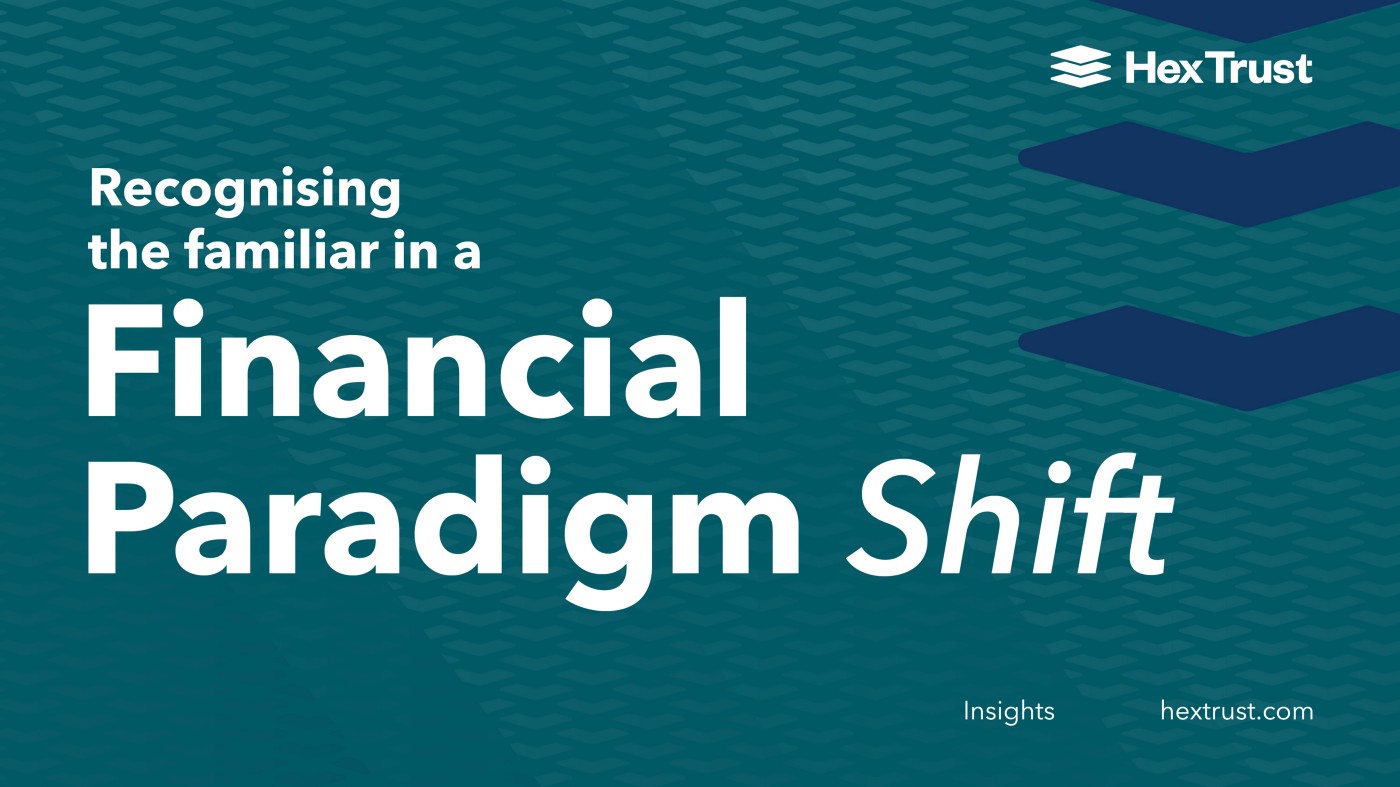 Recognising the familiar in a financial paradigm shift

The parallels between traditional and digital asset custody

In June 2020, after more than 30 years working in the traditional custody business, I moved into the world of digital custody when I joined Hex Trust, Asia’s leading digital custodian, as a member of their Advisory Board. What excited me was the potential of the digital world to revolutionise capital markets and re-write the roles, the participants and the assumptions that exist in the traditional world. I knew it would be very different from what I had left, and so it proved, but I was also a little surprised by some similarities between old and new.

The participants in the two industries are quite different — traditional custody is dominated by the large banks and financial institutions with employees numbering in the tens or hundreds of thousands, whereas the digital world comprises mostly relatively small companies less than 5 years old and employing tens or hundreds of people.

I had guessed I’d find the digital world more agile and that proved correct — the new world has sensible checks and balances but few of the more arcane procedures and approval flows that mark the traditional world. Although some financial institutions have applied go-faster stripes to their processes and, in some cases, even set up new legal entities to provide greater agility, they haven’t been able to completely exorcise the bureaucratic tendencies of most large organisations.

The traditional world has at its foundation a platform of legacy technology which is normally highly reliable but not noted for its ability to adapt rapidly to change. The digital world, however, is all about change — technology is central to everything and it has to be fast and agile to keep up with new blockchain protocols and decentralised applications that seem to be created on an almost daily basis. The digital world defines changes in terms of weeks or months, seldom years. Companies supporting the digital infrastructure have to be highly entrepreneurial to identify and tap revenue opportunities before others arrive on the scene.

The terminology between old and new can also be quite different although sometimes concepts aren’t as different as might first appear. Staking for example is quite similar to stock lending where assets are passed to a third party in exchange for collateral, enabling the lender to earn additional income and the borrower to use the assets to facilitate trading or hedging strategies. Blockchain forks are not dissimilar to system modifications and upgrades performed by Central Securities Depositories (CSDs), for which custodians have to fine-tune their own systems; vaults and cold wallets serve the same purpose, and non-fungible tokens (NFTs) share some of the characteristics of Depository Receipts. These instruments and technologies are by no means identical, but certainly share conceptual similarities.

The players involved and the environments in which they operate are quite different but if you scratch below the surface there are also similarities between old and new. Owners of traditional and digital assets seek similar objectives from their custodians. First and foremost they want their assets to be safely and securely held, for ownership to be transferred quickly and reliably when they buy or sell, and they want their assets to be serviced throughout their lifetime. But clients also seek connectivity to markets and instruments.

It is in connectivity that I have been struck by similarities between what is happening today in the digital assets environment and developments in the Asia equity markets 30 years ago.

History doesn’t repeat itself, but it often rhymes

In the 1990s there was frantic activity in Asia as one market after another opened up to allow investment by foreign investors. The markets included China, India, Indonesia, Korea, Sri Lanka, Thailand and Taiwan, not to mention several Middle Eastern markets. The more adventurous fund managers were anxious to gain access to what they saw as a new asset class, variously called emerging, pre-emerging or even frontier markets, depending on the size and degree of sophistication of these “new” markets but they also had to ensure that certain basic safeguards were in place before committing their clients’ money.

Whilst much of the traditional fund management world treated the new markets with a degree of scepticism, the more pioneering were driving their global custodians to provide them access. The global custodians were more accustomed to working in the major, developed markets and had to come to terms with new and sometimes unusual practices and processes. They worked closely with local sub-custodians to better understand how the markets operated and the risks involved. In many markets the regulators and market infrastructures were at first unaware of the expectations and needs of international investors and there evolved an iterative process of proposals, feedback and counter-proposals, often facilitated by the local sub-custodian. Outcomes were eventually reached that were acceptable to both regulators and cross-border investors and the global custodians felt comfortable with offering market connectivity to their clients via their selected sub-custodians.

Today we are seeing a huge uptick in institutional interest in another set of markets. This time it’s the digital asset markets and once again it’s the more adventurous asset managers who want to offer new asset classes to their clients, pushing their global custodians to provide access. The global custodians in turn are looking to expert digital custody service providers such as Hex Trust to offer insights and advice to how they can navigate this new environment, just as they turned to experts with local knowledge in the Asia markets some years ago. As well as seeking input and advice, the global custodians are assessing the risks to themselves and their clients, deciding on the correct operating model to best manage those risks and evaluating their custodian partners. Just as 30 years ago global custodians used regional on-the-ground providers as well as a clutch of local banks to provide connectivity to multiple new markets in Asia, so now many of the same financial institutions plan to use digital custody experts to provide connectivity to multiple blockchains and digital protocols.

There were many sceptics when the Asia markets were opening up — they thought there were too many risks and the low volume of market activity would make the markets unviable. There was significant concern about the regulation of the markets and their appropriateness for institutional investment. Fast forward to today, and almost all those markets have expanded hugely and become part of mainstream fund allocations seeking higher returns. Over that time the “new” markets have evolved and developed such that their characteristics and practices have converged with the major, developed markets. One principal driver behind this was the establishment of the G30 principles for emerging markets which laid out a set of characteristics that all markets should aim for, to provide safe, reliable settlement of securities transactions. These became the de-facto “gold standard” by which all markets were assessed and provided a target for the new markets to achieve.

I fully expect something similar to happen with digital assets. Today there are doubts and concerns about their role in financial markets, their valuations and their volatility. But positive commentary is becoming more commonplace from mainstream financial institutions, similar to this statement from DBS Bank in the CIO Vantage Point report in May 2021: ”As rational investors, it is consistent then from a standpoint of diversification to allocate funds to Bitcoin….”.

Some concerns exist regarding lack of regulatory clarity relating to digital assets but we could see a virtuous circle of greater institutional participation leading to greater regulatory clarity, in turn encouraging greater institutional participation. Institutional investment will also help the digital markets become less volatile and speculative. Perhaps the digital industry should aim to assist this process by also developing a set of best practice guidelines, setting out minimum standards for the multiple protocols to aim for, as the G30 did for emerging equity markets?

I am highly confident that digital assets will become part of the mainstream asset management industry. For me the question is not whether it will happen, but rather how long it will take. I suspect it will be less than 30 years. Perhaps not even 3. 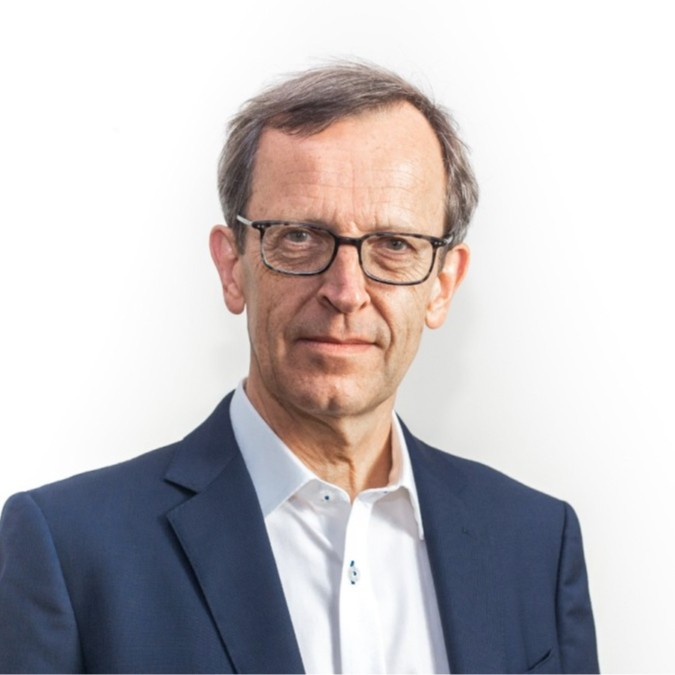 Colin Brooks
Chairman of Advisory Board
More from Hex Trust 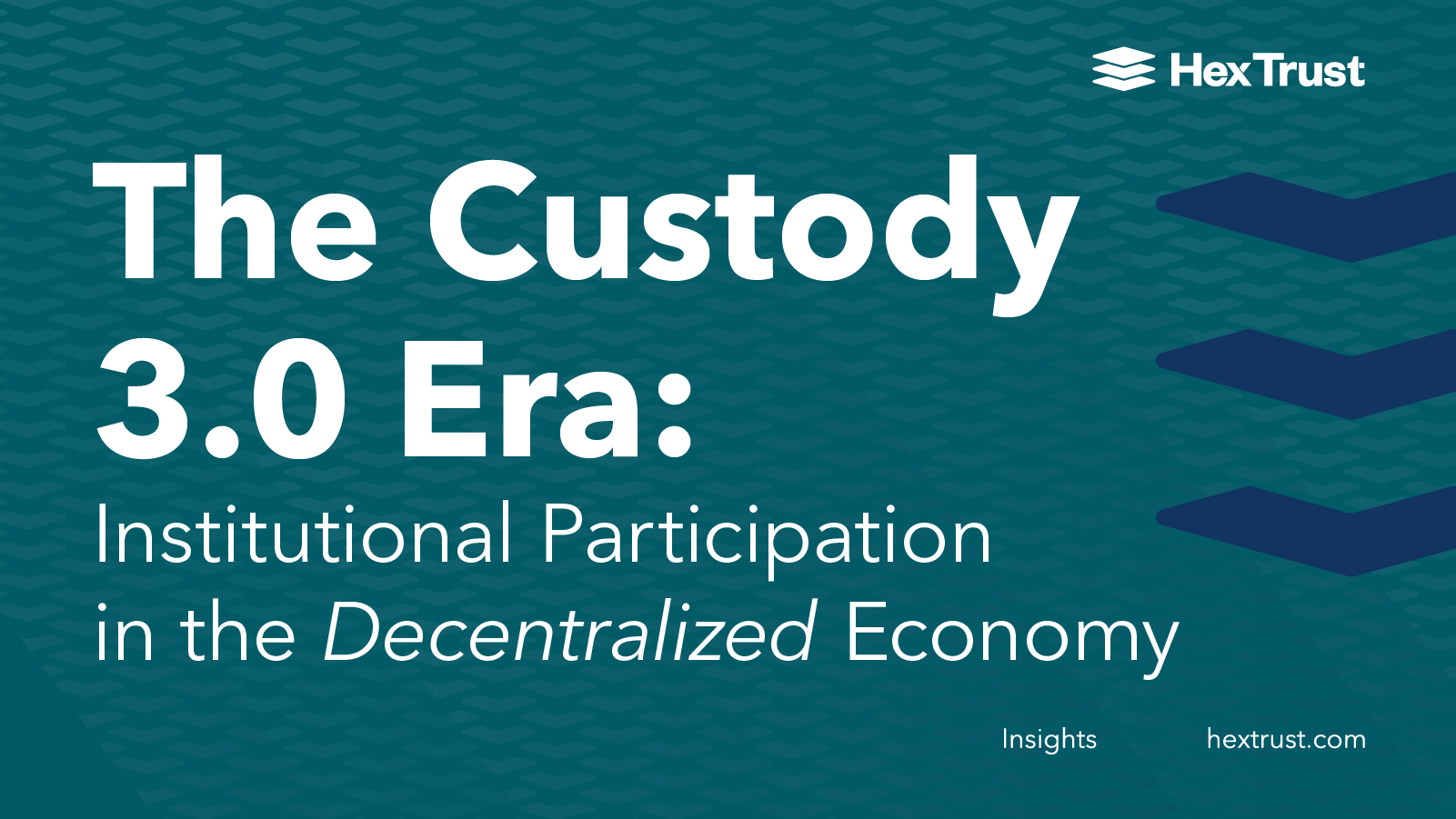 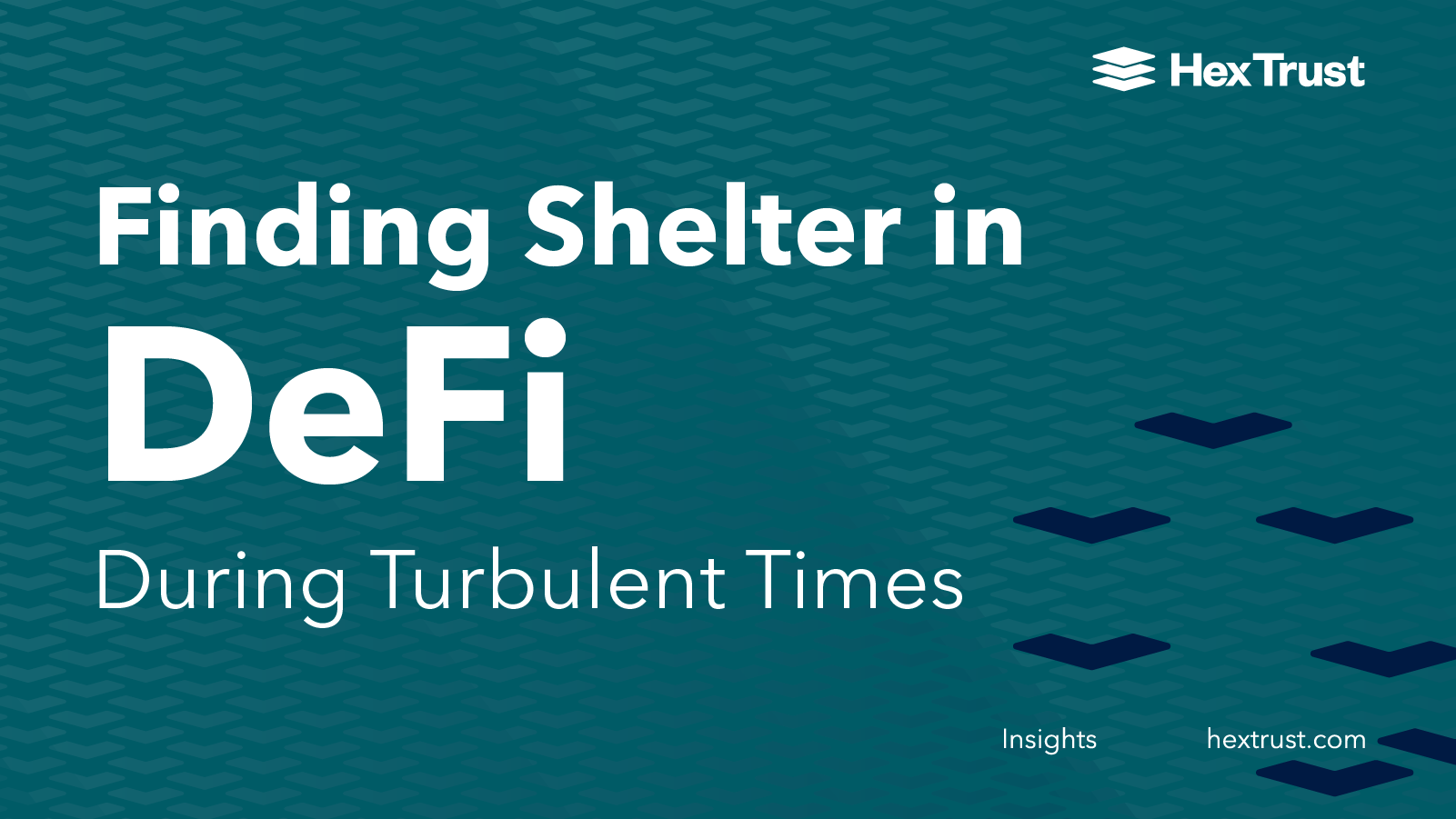 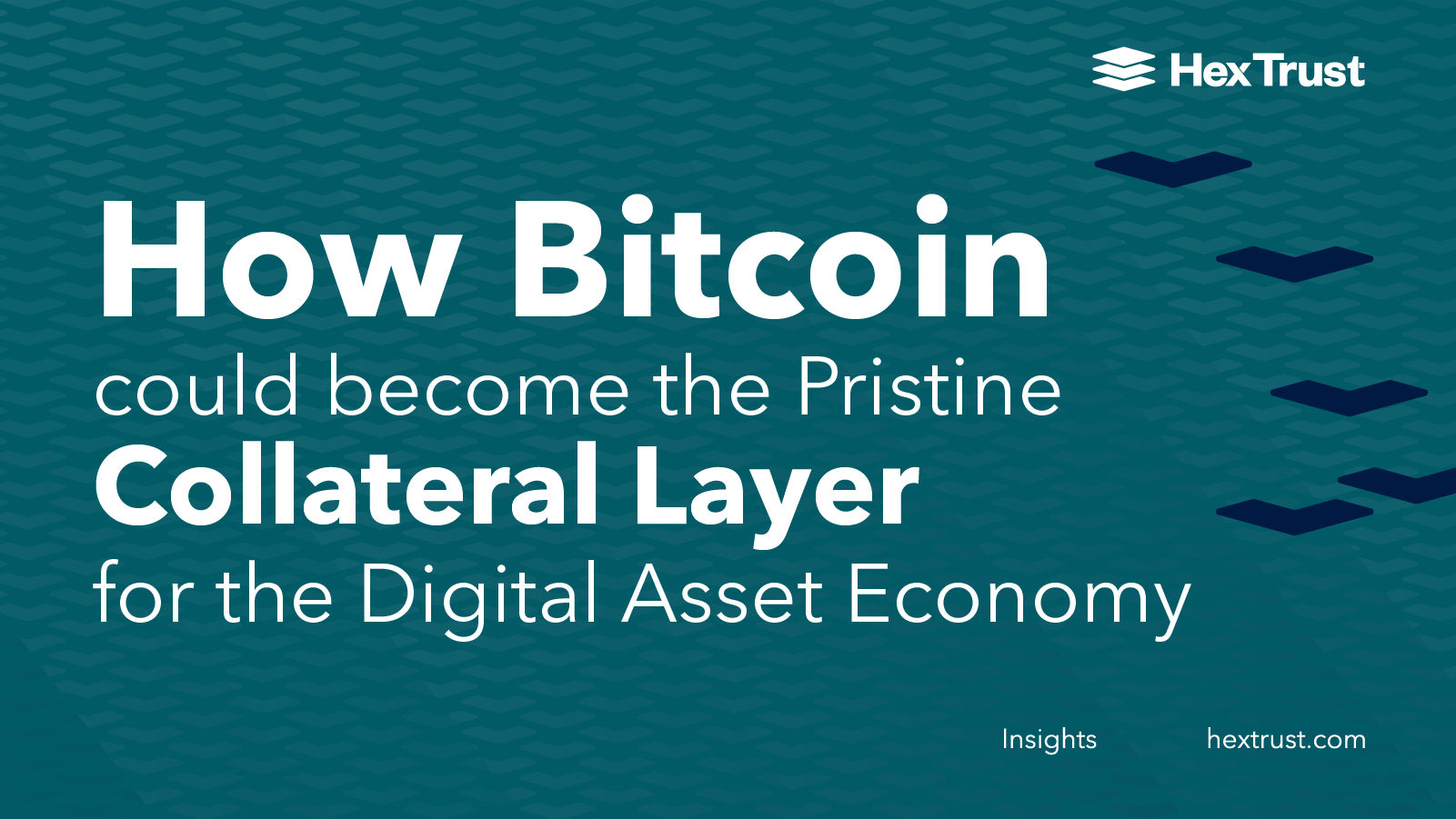 How Bitcoin could become the Pristine Collateral Layer for the Digital Asset Economy
Our Head of Marketing, Joe Caselin, shares his take on how the stablecoin sector is presenting huge implications for the broader digital asset industry.
Read More ⟩