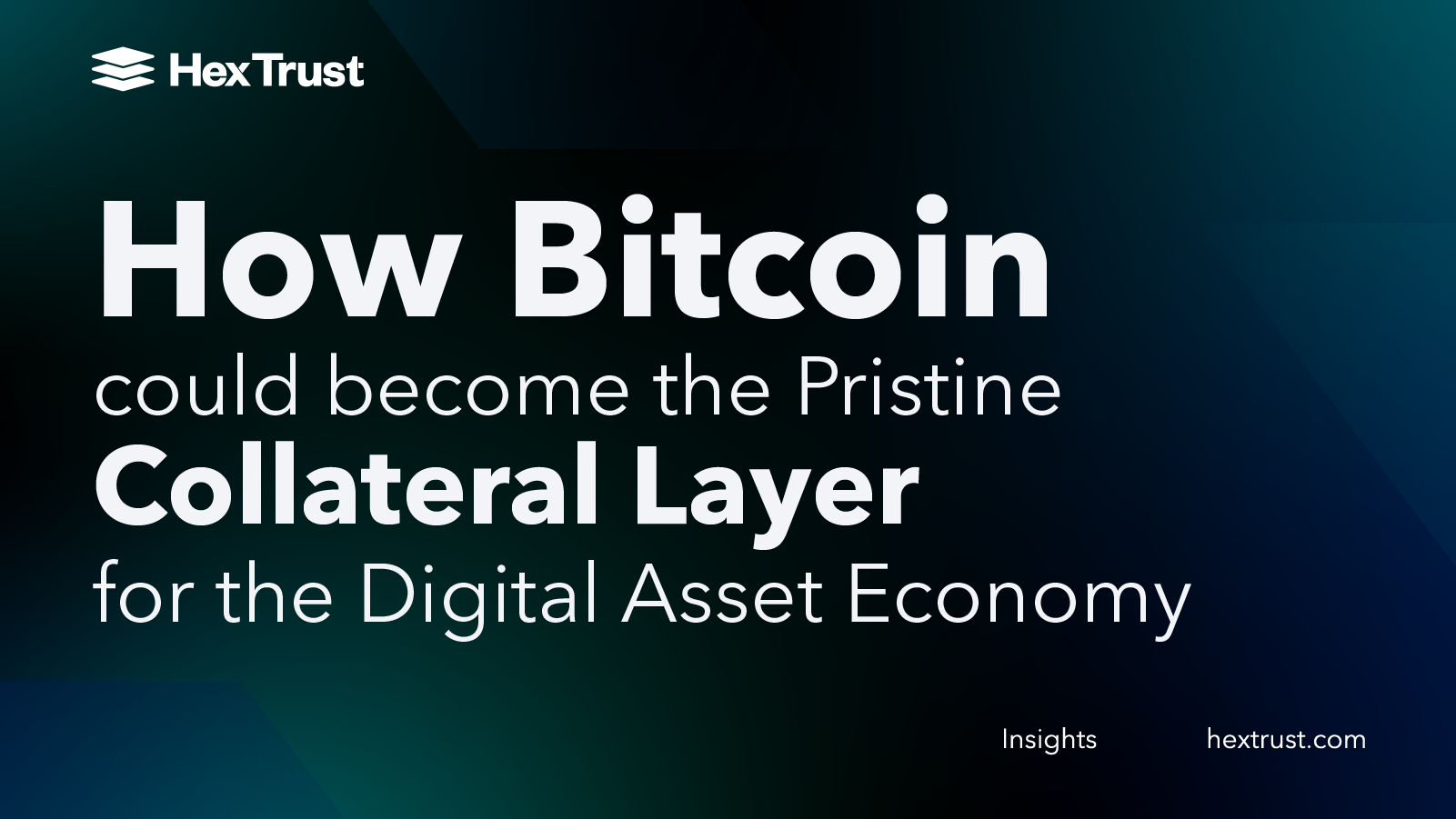 We have just witnessed a game-changing moment in the stablecoin sector presenting huge implications for the broader digital asset industry. Bitcoin is taking on additional utility as a reserve asset for Terra’s stablecoin (UST) in a move led by the Luna Foundation Guard as it diversifies the collateral backing UST. It is the first sizable stablecoin of its kind to make such a move, but it won’t be the last. While this could positively affect UST’s stability during times of increased volatility, that alone is not the full story.

Using Bitcoin as a reserve asset backing stablecoins addresses some of the regulatory concerns regarding the reserves of other leading stablecoins. Plus it embeds Bitcoin in the wider digital asset ecosystem as the pristine collateral layer supporting decentralized finance, metaversal economies, and new terrain yet to be explored.

But before we get into that, there is an interesting parallel between what is happening in the stablecoin sector and the changes potentially taking place in the global monetary rules of engagement, and more specifically the increased demand for bearer reserve assets.

Money markets and rates strategist for Credit Suisse, Zoltan Pozsar, recently published a research piece. He suggested that as a result of the sanctions imposed on Russia for the war in Ukraine, Inside Money will be replaced by Outside Money to back the value of fiat currency. Inside Money is a monetary instrument that exists as a liability on another entity’s balance sheet, such as government bonds. Outside Money is not a liability on another entity’s balance sheet. These are bearer assets like gold and Bitcoin.

Arthur Hayes unsurprisingly took it a step further in his recent analysis, adding that the current PetroDollar / EuroDollar monetary system officially ended with confiscating the Russian Central Bank’s fiat currency reserves by the US and EU, and the removal of certain Russian banks from the SWIFT network. Putting aside the moral considerations around the sanctions imposed, confiscating the foreign currency savings of a sovereign government has changed the monetary rules of engagement forever, Hayes argues.

It’s not clear what this new system will look like, but both analysts agree that from the Bretton Woods era backed by gold, to Bretton Woods II backed by Inside Money, we now arrive at Bretton Woods III backed by Outside Money (gold and other commodities). This doesn’t necessarily mean major Central Banks will be HODLing Bitcoin as a reserve asset any time soon, but it does renew interest in this specific use case for Bitcoin with the first real application at scale happening in the stablecoin sector.

And while the financial politics in the analysis by Pozsar and Hayes have little to do with the regulatory frameworks being developed for stablecoins, it does provide context and weight. The Inside/Outside Money concept proves a valuable framework and the need for bearer assets as reserve currencies is indeed very real, albeit for different reasons.

To build a successful stablecoin, you need two things: demand for the currency and reserves that back it. The latter has been addressed in several ways, with top stablecoins such as USDT and USDC holding a basket of assets in reserve, usually cash, government debt or commercial paper (Inside Money). But this model is now facing regulatory uncertainties as financial regulators increasingly recognize that stablecoins are exposed to similar vulnerabilities as Money Market Funds (MMFs), with a lack of transparency regarding the reserve assets.

Simply put, stablecoins need liquid reserves so that users have the confidence the tokens can be redeemed for fiat currency. Loss of user confidence could trigger a run on the stablecoin, prompting large-scale redemption requests. For a stablecoin like USDT, the underlying assets tied to the traditional financial ecosystem would come under the same downward pressure.

What impact this could have on the traditional markets depends on the size of the stablecoin in question, but some of these have already reached asset values comparable to MMFs based in Europe according to Fitch Ratings Reports. Adding to the complexity, there is often not enough information available on the reserve asset composition backing the stablecoin to fully assess the risk. Tether’s USDT is the largest stablecoin by any measure, and a prime example of this. Besides its cash and bank deposit holdings, Tether has not really given a sufficiently detailed view of its commercial paper and certificates of deposit that make up nearly half of the reserve assets.

The rapidly growing size of the stablecoin sector and its ties to the traditional financial system, has spurred financial regulators to take a closer look and figure out how to implement supervisory and oversight frameworks. But it’s not clear yet what this means, with one of the reasons being that it’s still up for debate as to how stablecoins should be classified. Bank deposits, securities, risky payments systems, etc, all relate to different regulatory agencies and frameworks.

Either way, if the aim is to prevent stablecoins from representing ‘too big to fail’ markets which could pose a systemic risk to the traditional financial ecosystem, the frameworks put in place could very well put a cap on the growth of stablecoins that use the Inside Money reserve asset approach.

But not all stablecoins are created equal. Some use an entirely different mechanism to back the currency and contain the risk within the digital assets economy - effectively addressing some of the concerns expressed by financial regulators.

There have been many experiments with this type of stablecoin in the past and most of those failed years ago. But the algorithmic stablecoin has made a serious comeback with tokens such as UXD which is backed by delta-neutral positions, FEI which leverages a bonding curve, and UST tied to LUNA.

Terra’s UST is by far the category leader - none of the others even come close to what it has achieved both in terms of demand and stability. UST now ranks 4th in terms of market cap in the stablecoins category, exceeding DAI and close on the heels of Binance USD. The Terra blockchain is now the 2nd largest chain with over $27 billion in Total Value Locked, and about 50% is dedicated to the Anchor Protocol as a clear indication of demand for UST.

A quick primer on how UST works. Instead of relying on fiat reserves, UST uses Terra’s native token LUNA as the asset that absorbs the short-term volatility. The pegging mechanism is designed to ensure that the cost of minting UST will always be equal to the face value of the minted stablecoin. To mint one UST, only $1 worth of LUNA needs to be burned. When UST falls below or rises above the $1 mark, LUNA holders can exchange their tokens for the equivalent dollar amount in UST which creates arbitrage opportunities that in turn keep the price of UST in check.

But that was only Phase 1, and Phase 2 has just begun.

One of the common criticisms of algorithmic stablecoins is that during times of intense volatility, the arbitrage incentives are not attractive enough to maintain the peg. Addressing this potential flaw, Terra and the Luna Foundation Guard, a nonprofit organization created to support the Terra network, recently announced a $1 billion token sale of LUNA to build a $10 billion Bitcoin reserve as part of the UST Forex Reserve.

This is an initiative to provide a broader layer of support using assets that are not directly related to the Terra ecosystem. The strategy is to initially buy Bitcoin with plans to include other major digital assets in the near-future. With Bitcoin now functioning as the pristine collateral layer backing UST, the UST Forex Reserve acts as an additional way to maintain the peg during prolonged market sell-offs reducing the reflexivity of the algorithmic stablecoin.

‍
Kicking off DeFi with a vengeance after Crypto Winter, the market cap of stablecoins has risen rapidly from $5.75 billion at the start of 2020 to $182 billion in early 2022. We might see another exponential swing upwards as algorithmic stablecoins backed by the world’s leading decentralized bearer asset could be reliable enough to support the next exponential growth phase of the digital asset industry. As DeFi, Web3 and the metaverse all interlock to form one single multi-chain financial network, we’re going to need decentralized stablecoins that can keep up - both in good times and bad.

Bitcoin as a reserve asset for decentralized stablecoins expands on the ‘bitcoin is gold’ narrative going beyond shared traits such as real ownership, fungibility and fixed supply. It now becomes true digital gold with a modern twist on Bretton Woods I, embedded in the broader digital assets industry as the pristine collateral layer backing stablecoins in the Bretton Woods III era that favors Outside Money.

It is yet another example of an industry actively building new breeds of financial institutions, decentralized autonomous organizations, infrastructure and technology providers, financial instruments, products and assets -  with Bitcoin, the world’s first digital decentralized bearer asset, as the native reserve asset of that new world. 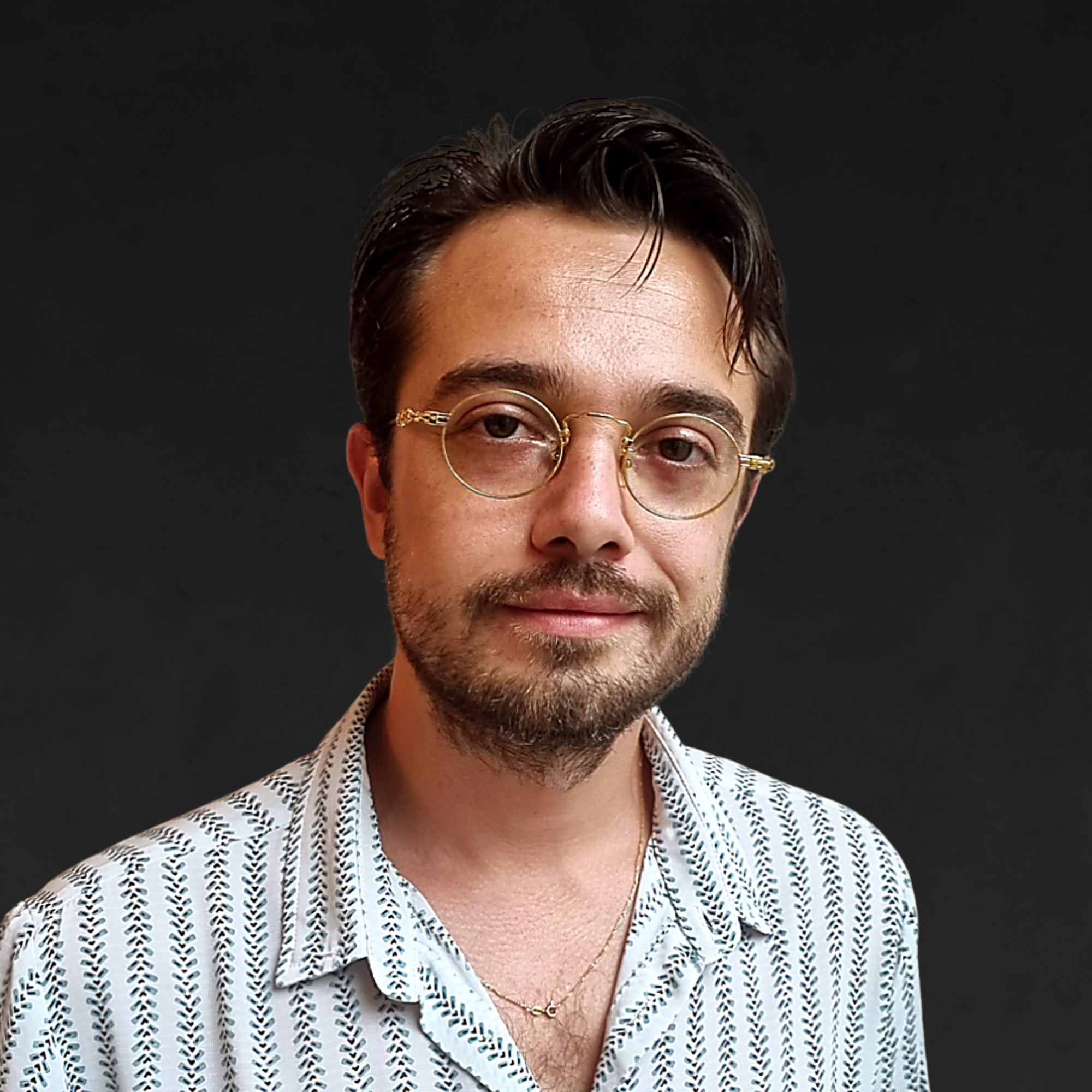 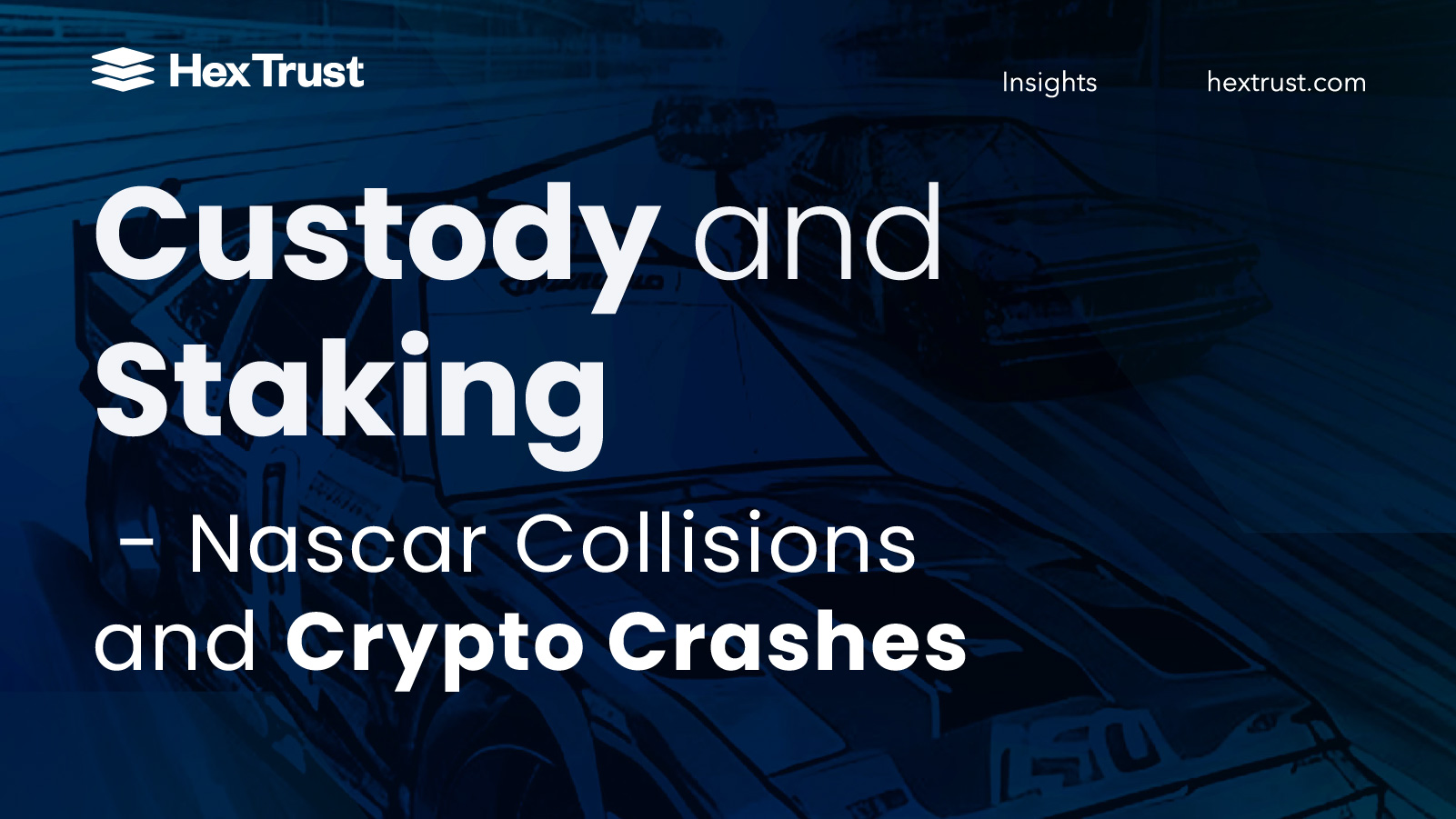 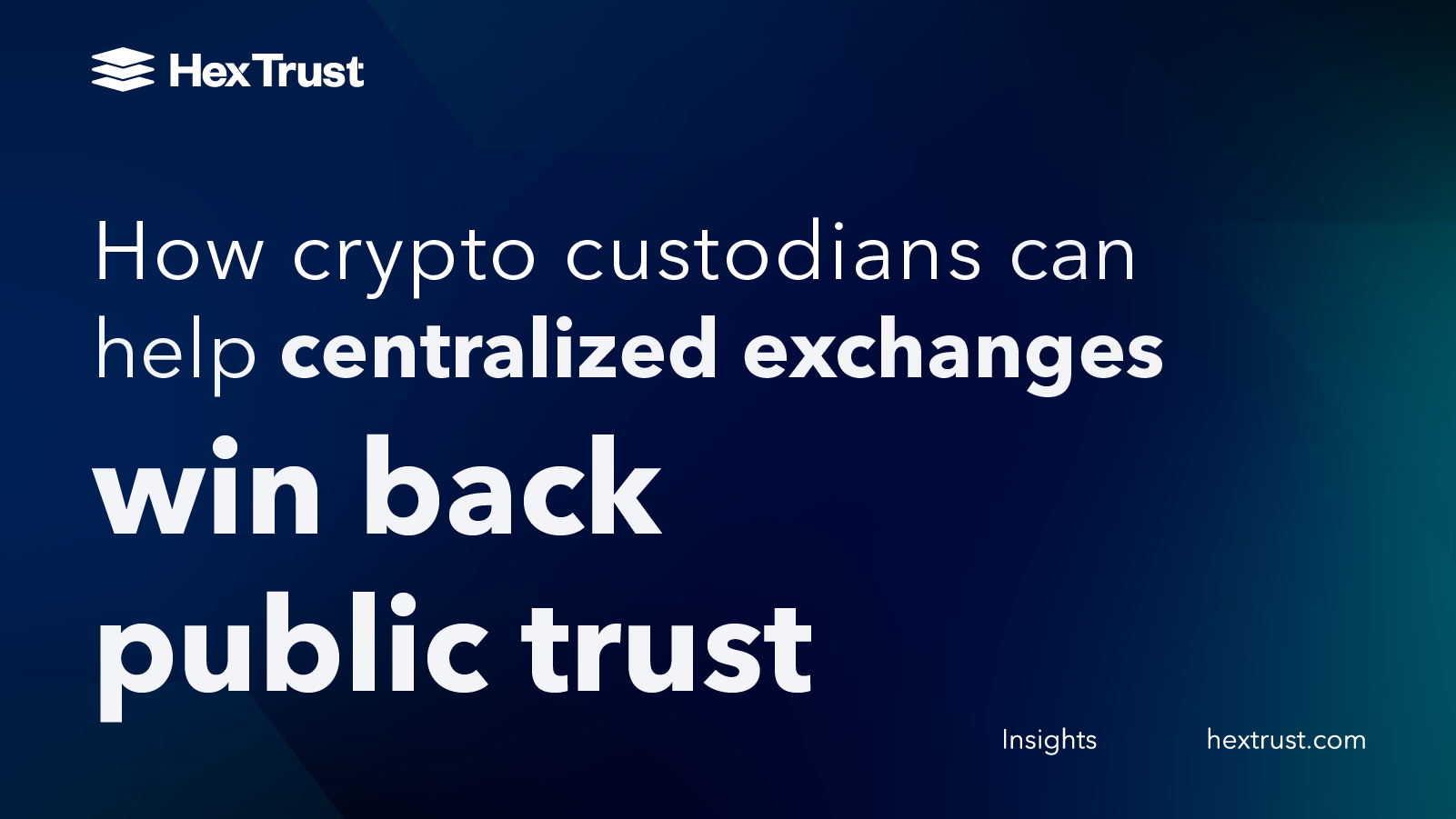 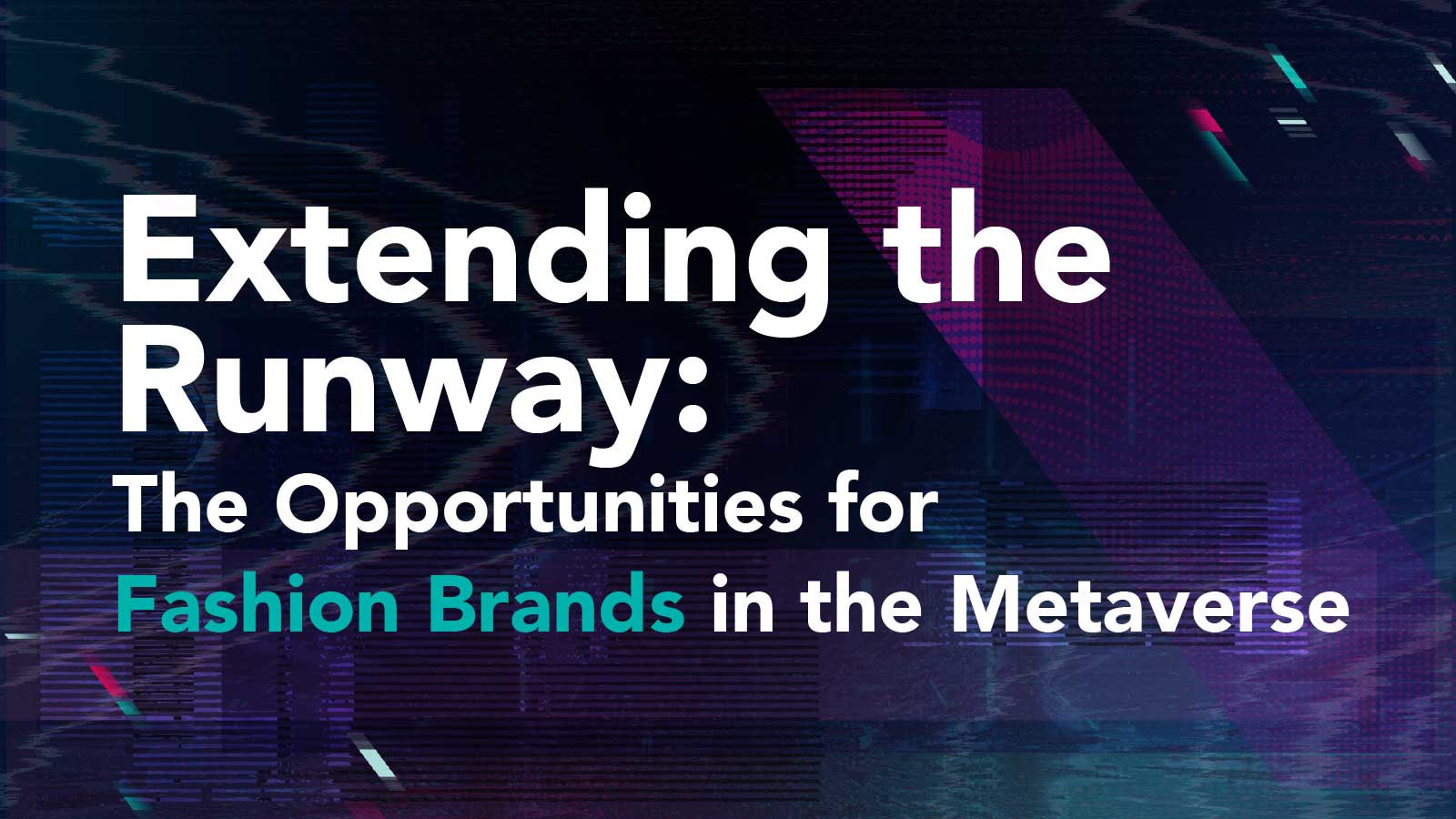